A third wave of the Covid pandemic is now advancing swiftly across much of Europe. As a result, many nations – bogged down by sluggish vaccination campaigns – are witnessing sharp rises in infection rates and numbers of cases.

The infection rate in the EU is now at its highest level since the beginning of February, with the spread of new variants of the Covid-19 virus being blamed for much of the recent increase.

Several countries are now set to impose strict new lockdown measures in the next few days – in contrast to the UK, which is beginning to emerge slowly from its current bout of shop and school closures and sports bans.

In Italy, authorities recorded more than 27,000 new cases and 380 deaths on Friday. "More than a year after the start of the health emergency, we are unfortunately facing a new wave of infections," said prime minister Mario Draghi. "The memory of what happened last spring is vivid, and we will do everything to prevent it from happening again." 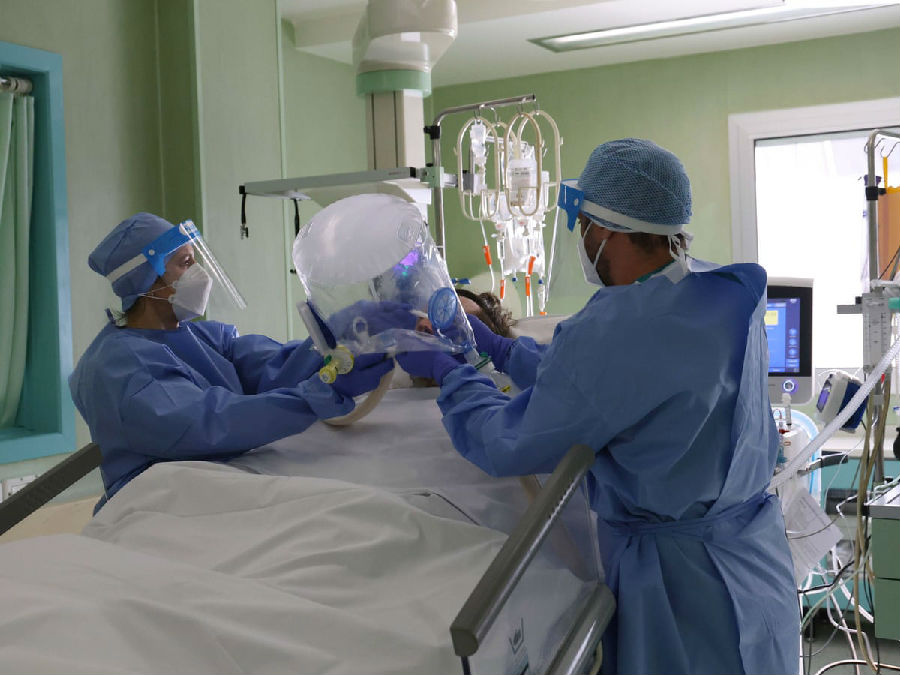 From Monday most of Italy will be placed under lockdown and people will only be allowed to leave their homes for essential errands. Most shops will be closed, along with bars and restaurants.

In France, authorities have reported a similar grim situation, with health minister Olivier Veran describing the situation in the greater Paris region as tense and worrying. "Every 12 minutes night and day, a Parisian is admitted to an intensive care bed," he revealed.

President Macron has imposed curfews and other social restrictions in several regions, and many doctors are now pressing him to introduce a national lockdown as a matter of urgency.

In Germany, 12,674 new Covid infections were reported on Saturday, a rise of 3,117 from the previous week, as the head of the country's infectious disease agency acknowledged that the country was now in the grip of a third wave of Covid-19.

Similarly in Poland, 17,260 new daily coronavirus cases were reported on Wednesday, the highest daily figure since November. New pandemic restrictions are likely to be announced this week, government officials have indicated. Poland already has imposed tight restrictions on social gatherings, most schools are closed, and restaurants can only serve meals for delivery.

In addition, both Hungary and the Czech Republic have reported high infection rates and deaths from Covid and health officials have warned figures are likely to get worse in coming weeks.